MY THOUGHTS
Dan Walsh has a way of bringing a voice to animals that is charming and endearing. Finding Riley is the second book in the Forever Home series (the first is Rescuing Finley), but it definitely can stand alone (however I recommend reading Rescuing Finley -- it's fabulous!).

I really enjoyed the story line of this book -- what a great concept to integrate shelter pets with the homeless! Dan really brings out the difficulties and lifestyle of the homeless who live in tent cities -- a place most of us never see.

The writing in this book was not quite up to what I've seen Dan do in the past. Some of the characters and conversations seemed a bit simplistic and forced, but that did not detract from the story. Dan definitely has great insight into the behavior and perspectives of dogs, as demonstrated both in this book and Rescuing Finley.

If you are interested in a sweet book that provides insight to both the lives of the homeless and the perspectives of dogs, this is a good one!

An unexpected surprise brings the Mitchell family of Savannah a chance to experience the Christmas trip of their dreams. An unexpected disappointment threatens to turn it into the worst Christmas ever. John Finch and his friend Alfred live in the woods. Been doing it for decades. He likes wintering in Florida, but this year’s been particularly harsh. Between the cold, freezing rain and terrifying lightning storms, John’s starting to wonder how much more of this lifestyle he can take. A new friend enters the picture and changes everything. Kim Harper, the dog trainer introduced in Rescuing Finley, is contacted by a billionaire philanthropist seeking her help with a new dog training project that will help the homeless. Is he for real? And is her co-worker right, does this rich handsome man’s interest in Kim go far deeper than her dog-training skills?

Dan grew up in Florida and his primary interests through high school were basketball and surfing. In 1985, he was ordained as a pastor and served in the same church for the next 25 years. In August 2010, after three of his novels were published by Revell-Baker Publishing Group, Dan retired to write full time.
Dan's novels have received rave reviews from USA Today and magazines like Publisher's Weekly, Library Journal and RT Book Reviews. His first, The Unfinished Gift, won two ACFW Carol Awards. His other books have won numerous awards and appeared on several national bestseller lists.
Dan has published seventeen novels. In addition to writing, Dan enjoys public speaking. He is married to Cindi and they have two children and two grandchildren.

I received a free electronic copy of this book with no expectations for a review.
Posted by Susan Stitch at 11:46 AM No comments:


MY THOUGHTS
Ok, I admit I pretty much only read books I love because my life is pretty crazy and I don't have much time for reading. So whenever Jen Turano writes a new book it immediately jumps to the top of my Must Read list!

Up to this point Jen's books have all been historical romances with a hysterical story line. I have learned that I must not drink ANYTHING while I read her books unless I intend to spew my coffee (or whatever) all over my Kindle because they are that funny!

I was curious about Finding Margo because it's her first contemporary romance. Honestly I'm not much for fiction with the primary intent being romance -- I really love a good mystery or suspense book that just happens to have some romantic chemistry best. Finding Margo definitely fit the bill -- within the first couple of chapters I was both intrigued and laughing at the crazy situations Margo encounters. This book also had me in tears -- something that doesn't happen often when I read.

Turano takes us behind the scenes of the pop music icon who just happens to become stranded in an Amish small town that is hauntingly familiar. After a couple of attempts on her life, Margo learns that the quiet community is not all it seems. Add a hunky FBI agent and a slightly injured duck and this book has all the elements of a best seller!

Turano has another winner -- I highly recommend Finding Margo (well, only if you want to laugh).

ABOUT THE BOOK
Off the charts and on the run.

International pop star Margo Hartman could use a night off. A grueling tour and overbearing entourage have sent her over the edge. It's time for this diva to disappear. And who would think to look for the superstar in a small Dutch town in Ohio?Sheriff's deputy Brock Moore is undercover as well. He knows Margo isn't who she appears to be, but her uncanny resemblance to a local Amish woman is raising all sorts of questions... the kind that make her a target for a killer.Both are determined to find answers, but their mutual attraction stands in the way of either of them doing it alone.Is finding Margo the solution to Brock's problems or just the beginning...? 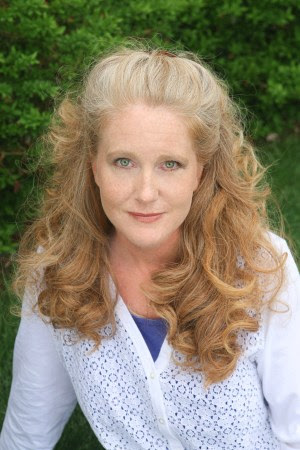 A USA Today Best-Selling Author, Jen Turano has written the critically acclaimed Ladies of Distinctionseries, and A Class of Their Own series, published through Bethany House Publishers. Her novel, After a Fashion, was chosen as a top pick from Romantic Times, as well as being named a top ten romance of 2015 from Booklist.  It is also a nominee for Romantic Times 2015 Reviewers’ Choice Award. Her book, A Most Peculiar Circumstance, was chosen as a top ten romance by Booklist in 2013. Her seventh book, Playing the Part, released in the spring of 2016, and will be followed by a new four-book series, Apart from the Crowd. When she’s not writing, Jen spends her time outside of Denver with her husband and neurotic Cattle Dog, enjoying herself as an empty-nester since her son recently abandoned her for the college life. She can be found on Facebook or visit her on the web at www.jenturano.com. She is represented by the Natasha Kern Literary Agency. Her books may be found in fine bookstores, or follow the Baker House Publishing link to find additional places to purchase her work.