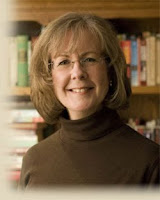 A native of southern Illinois, Stephanie Grace Whitson has lived in Nebraska since 1975. She began what she calls "playing with imaginary friends" (writing fiction) when, as a result of teaching her four home schooled children Nebraska history.

She was personally encouraged and challenged by the lives of pioneer women in the West. Since her first book, Walks the Fire, was published in 1995, Stephanie's fiction titles have appeared on the ECPA bestseller list numerous times and been finalists for the Christy Award, the Inspirational Reader's Choice Award, and ForeWord Magazine's Book of the Year.

Her first nonfiction work, How to Help a Grieving Friend, was released in 2005. In addition to serving in her local church and keeping up with two married children, two college students, and a high school senior, Stephanie enjoys motorcycle trips with her family and church friends.

In 1872, sixteen Civil War widows living in St. Louis respond to a series of meetings conducted by a land speculator who lures them west by promising "prime homesteads" in a "booming community."

Unbeknownst to them, the speculator's true motive is to find an excuse to bring women to the fledgling community of Plum Grove, Nebraska, in hopes they will accept marriage proposals shortly after their arrival! Sparks fly when these unsuspecting widows meet the men who are waiting for them.

These women are going to need all the courage and faith they can muster to survive these unwanted circumstances--especially when they begin to discover that none of them is exactly who she appears to be.

If you would like to read the first chapter of Sixteen Brides, go HERE.

MY THOUGHTS:
I really enjoyed this book. To be honest, I thought it might be just another historical romance -- rather predictable. Boy was I wrong! It turns out this book is about women who are looking for anything but romance. They are seeking a new opportunity to make a life for themselves and the five who form the basis of the book initially want anything BUT a man!

Stephanie Grace Whitson has done an amazing job of integrating five very different women and their pasts into one cohesive story. She deals effectively with perceptions of women at the time, even the perceptions women have of themselves, and she demonstrates how faith and determination can cause people to reach deep inside to allow them to do things they thought were impossible.

I was especially intrigued by the information at the end of the book stating that there actually were women who were allowed to stake claims themselves for land, several successfully! I really enjoyed this book and I look forward to more from the author.
Posted by Susan Stitch at 12:50 PM