MY THOUGHTS:
I am not much of a science fiction buff, but I do like good psychological and medical mysteries. I may have missed the mark when reading this book - it really wasn't what I expected. It has components of both, but I had a lot of difficulty reading it.

Two different organizations have mastered the ability to travel through time and space using just mental capabilities. This is a pretty amazing concept, and makes for a great, action-packed adventure. Unfortunately there are so many characters with very similar experiences that I had a hard time keeping the players straight. The fact that I read it on my Kindle may have contributed to my confusion -- I realized I no longer have the ability to easily flip back and forth between chapters to refresh my memory.

If you have the time to sit and read this book in just a day or two, that may help, too. Honestly, I was unable to finish it because I just couldn't follow the story line any more, but I was only able to read it in short bursts.

That said, I've enjoyed the books I've read by Thomas Locke (aka Davis Bunn) in the past, so I'm blaming my dislike of this one on the circumstances surrounding my opportunity to read it. I want to give my honest perspective, yet I don't want anyone to avoid the book if you typically like these types of stories.

ABOUT THE BOOK (from the back cover):

Reese Clawson's work is mind-bending--literally. Her company specializes in global data analysis for an elite group of industry executives, and now a lucrative government contract is moving her into the realm of cutting-edge intelligence gathering. She is determined to crack the limits of consciousness--and in doing so, the boundaries of secrets and lies. But her experiment crashes as test subjects slide into a coma-like state. Reese is left scrambling to maintain control, drawing three disparate people into the search for answers--an adrenaline-amped thrill junkie with altered brain chemistry, an Italian scientist working on remote-viewing technology, and a math prodigy whose algorithms subvert
computer encryption.

Will this piecemeal team prevail when a government operative is sent to investigate? As the threads of perception and reality become tangled and even time itself twists in unexpected directions, one warning remains clear: what you don't know can kill you.

With a concept so daring and writing so gripping, readers will swiftly fall under the spell of Thomas Locke's endlessly creative mind. This thrilling psychological journey into the very nature of causation and consciousness will leave them turning the pages and grasping for solid ground. 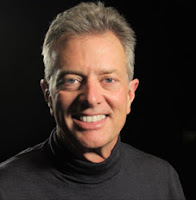 Thomas Locke is an award-winning novelist with total world-wide sales of seven million copies.
His work has been published in twenty languages, and critical acclaim includes four Christy Awards for excellence in fiction and his 2014 induction into the Christy Hall of Fame.
Thomas divides his time between Florida and England, where he serves as Writer In Residence at Regent’s Park College, the University of Oxford. He holds a lifelong passion for epic fantasy, science fiction and techno-thriller stories.
Thomas’s screenplay adaption of Emissary is under development as a feature film with a British production company.
Contact Thomas at info@tlocke.com