Journey to the Well

This week, the
Christian Fiction Blog Alliance
is introducing
Journey To The Well
Revell (March 1, 2009)
by
Diana Wallis Taylor

What snap judgements do you make about women who have been married several times? Divorce and remarriage are common these days, but often the Christian world makes people who have been through the trauma of divorce feel intense scrutiny and a sense of failure.

The woman at the well had been married five times and was living with someone who wasn't her husband when she met Jesus at Jacob's Well. If our society tends to look down on those who've been divorced, the world at the time of Christ was even more judgemental. Diana Wallis Taylor introduces us to a woman who has been through a lot of rough times, most no fault of her own. She portrays the woman, whom she calls Marah, as a likeable woman who seems destined to live a life of suffering and abuse -- some from the men and more from the gossiping of women.

Diana does an excellent job of recreating the Samaria that Jesus visited. It is easy to imagine walking alongside Marah and her friend Hannah as the fulfill the expectations of women in Biblical times. She masterfully winds several well known Bible stories into this tale of love, loss, and salvation. I really enjoyed the book and look forward to reading more of Diana's work! 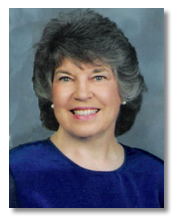 Diana Wallis Taylor, San Diego resident, is an award-winning Christian author and speaker who shares her personal testimony to women’s groups. The Lord gave Diana a desire to write a book about the woman of Samaria who encountered Jesus at Jacob’s Well. It was at the edge of the well where the woman of Samaria found the living water of Jesus.

A native Californian, Diana Wallis Taylor graduated from San Diego State University. She has had many occupations; elementary and junior high school teacher, bookshop owner, and conference director for a Christian college. A poet since the age of 12, she published a book of poems, Wings Of The Wind, in 1994, now republished with watercolor illustrations in 2006. She has received awards in songwriting and poetry and her writing contributions appear in various books and magazines. The author speaks on the woman at the well in conjunction with her own testimony. She also speaks on A Walk in the Darkness, on her family involvement in the occult and how it affected her life.

Diana lives with her husband Frank in San Diego, California and between them they have six grown children and ten grandchildren. In addition to her speaking and writing, she serves on the board of the San Diego Christian Writer’s Guild and is active in Christian Women’s Fellowship. 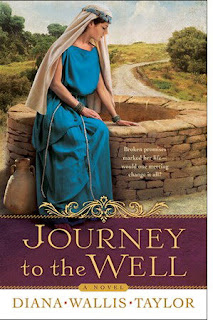 She went to the well for water. What she found there would change her life forever.

Marah is a young girl in love with her childhood friend, Jesse. When she is forced to marry an older man, she must abandon her dreams of happiness. At the mercy of men who are often only interested in using her, Marah must fight for survival. Will she ever meet a man who can save her?

The story of the Samaritan woman at Jacob's well is one of hope, redemption, and a life changed in an instant through a remarkable encounter. Jesus told her "everything she'd ever done," but we are left to wonder at the circumstances that led her life on such a tragic path to begin with. Now from the creative mind of Diana Wallis Taylor comes the full story of the woman at the well.

This well-researched portrayal of a woman's life in the time of Jesus opens a window into a fascinating world. Taylor's rich descriptions of the landscapes, lifestyles, and rituals mesh easily with the emotional and very personal story of one woman who desperately seeks to rise above the difficult circumstances of her life.