MY THOUGHTS:
I'm not quite finished with this one yet, but it is one of those mysteries that I'd love to actually be in the midst of! Very intriguing and yet dangerous. Well, that part I could do without if I were actually involved. Will add more later, but in the meantime I want to get back to the book. I highly recommend it! 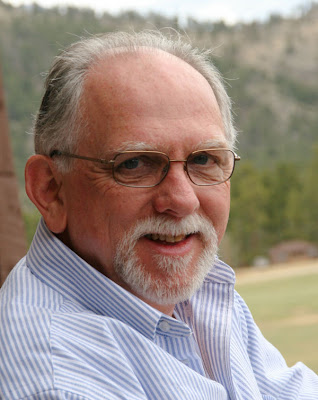 Over the past 35 years, Terry Brennan has accumulated a broad range of experience in both the profit and non-profit business sectors.

His 22-year, award winning journalism career included:
• Seven years as a sportswriter and editor with The Philadelphia Bulletin, at the time the largest-circulation afternoon newspaper in the nation;
• Leading The Mercury of Pottstown (PA), as its editor, to a Pulitzer Prize in Editorial Writing;
• Serving as Executive Editor of a multi-national newspaper firm – Ingersoll Publications – with papers in the USA, England and Ireland.

In 1996 Brennan transferred his successful management career to the non-profit sector and served for 12 years as Vice President of Operations for the Christian Herald Association, Inc., the parent organization of four New York City ministries, including The Bowery Mission.

Now Chief Operating Officer of the National Organization on Disability, Brennan also won the Valley Forge Award for editorial writing from the Freedoms Foundation. His two adult sons and their families live in Pennsylvania. Terry, his wife Andrea and their two adult children live in New York City. The Sacred Cipher is his first novel. 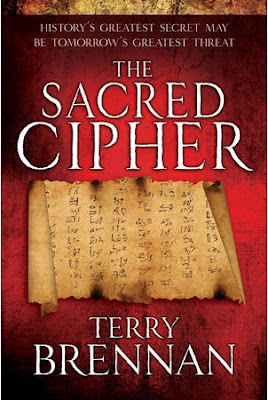 History's greatest secret could be tomorrow's greatest threat More historically and biblically accurate than The DaVinci Code and just as adventurous as an Indiana Jones movie, The Sacred Cipher combines action and mystery to draw readers into a world of ancient secrets and international escapades.

When an ancient scroll appears in a secret room of the Bowery Mission in New York City, Tom Bohannon is both stunned and intrigued. The enigma of the scroll's contents will send Bohannon and his team ricocheting around the world, drawing the heat of both Jewish and Muslim militaries, and bringing the Middle East to the brink of nuclear war in this heart-pounding adventure of historical proportions. The Sacred Cipher is a riveting, fact-based tale of mystery and suspense.


If you want to read the Prologue of The Sacred Cipher, go HERE
Posted by Susan Stitch at 9:38 AM