MY THOUGHTS:
For the first time in a very long time I found that I didn't care much for this book. I was excited about a historical novel that covered the California gold rush and the great fire in San Francisco, and I hoped to learn a lot more about life during that era. Unfortunately these topics seemed to be background for several other story lines, only one of which I enjoyed.

Perhaps if I had read the first book in this series I might have been able to follow this better. There were definitely things that a reader needs to know when reading this book, and I presume they were covered in book one. From my perspective, there were just too many story lines trying to all resolve themselves at the same time and it felt unrealistic and forced. 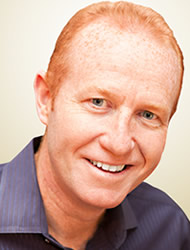 Michael K. Reynolds is the writer and producer of Emmy and Telly Award-winning film campaigns and has more than two decades of experience in fiction, journalism, copywriting, and documentary production. He owns Global Studio, a marketing agency, and is also an active leader in church and business, speaking in both ministry and corporate settings. Michael lives with his wife and three children in Reno, Nevada.

Irish immigrant Seamus Hanley is a lost soul, haunted by his past as a U.S. Army deserter and living alone in the wilderness of the Rocky Mountains in 1849. But after witnessing a deadly stage coach crash, he finds purpose in the scattered wreckage -- a letter with a picture of a beautiful and captivating woman named Ashlyn living in San Francisco at the height of the Gold Rush. Moved by her written plea for help, he abandons all and sets out on an epic journey across the wild and picturesque American frontier. While being pursued by those who want to hang him, Seamus encounters fascinating characters including a young Pauite Indian who makes the ultimate sacrifice in helping Seamus to cross the snowy Yosemite Valley. Battered but changed for the better, Seamus reaches San Francisco on Christmas Eve as the city burns in the tragic fire of 1849. But there is little time for rest, as an even greater, more harrowing adventure involving Ashlyn is about to begin.


If you would like to read the first chapter of In Golden Splendor, go HERE