A Cry in the Night

This week, the
Christian Fiction Blog Alliance
is introducing
A Cry In The Night
Thomas Nelson (February 3, 2009)
by
Colleen Coble

I'm not quite finished with this one, so I can't possibly give away the story!

There are a lot of interesting trails in this story. Who will believe a boy who insists hy saw a windigo (who happens to look like is dead father) bury a baby? Who tried to kidnap the boy and why? And did the gentle autistic man holding the murder weapon really kill a woman? Who's the mother of the baby found under a woodpile? Who is this man who looks exactly like the heroine's dead husband? Did he really die in that plane crash? I can't wait to find out these questions all resolve themselves!

This book is part of the Rock Harbor Mystery series, and I'd recommend that you read the other books in the series first. There are several times when the text hints or refers directly to things that happened in the past that stopped the flow of the story for me until I figured out how they were linked. I'm enjoying this story, and I have added the first three books in the series to my 'must read' list. 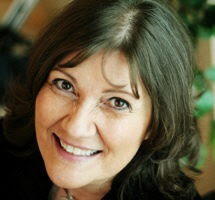 Author Colleen Coble's thirty novels and novellas have won or finaled in awards ranging from the Romance Writers of America prestigious RITA award, the Holt Medallion, the ACFW Book of the Year, the Daphne du Maurier, National Readers' Choice, and the Booksellers Best awards. She writes romantic mysteries because she loves to see justice prevail and love begin with a happy ending. 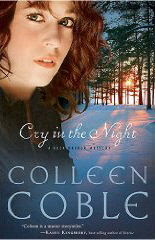 The highly anticipated novel that delivers what romantic suspense fans have long awaited-the return to Rock Harbor.
Bree Nichols gets the shock of her life when her husband-presumed dead-reappears.

Bree Nichols and her search and rescue dog Samson discover a crying infant in the densely forested woods outside of Rock Harbor, Michigan. Against objections from her husband, Kade, who knows she'll become attached, Bree takes the baby in. Quickly she begins a search for the mother-presumably the woman reported missing just days earlier.
While teams scour the forests, Bree ferrets out clues about the missing woman. But she soon discovers something more shocking: Bree's former husband-long presumed dead in a plane crash-resurfaces. Is he really who he says he is? And should she trust him again after all these years?
An engaging, romantic suspense novel from critically-acclaimed author Colleen Coble.

If you would like to read the first chapter of , go HERE

Thanks for the spotlight!