Brandt Dodson has a new book out -- Daniel's Den! It's on sale now at Amazon.com 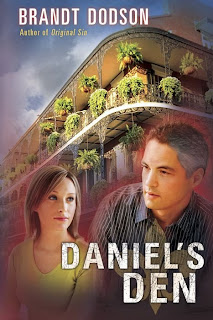 In this fast–paced thriller by popular author Brandt Dodson, a young government accountant learns to trust God when his life begins to fall apart and unseen enemies pursue him with relentless zeal.Daniel Borden is a thirty–year–old government accountant who lives a quiet life and plays by the rules. But when events transpire that shatter his orderly world and a team of assassins mark him for death, Daniel must flee for his life.

While on the run, Daniel encounters Laura Traynor. Carefree and easygoing, Laura is everything that Daniel isn’t. But when the killers assigned to eliminate Daniel find him at Laura’s bed–and–breakfast, gunfire erupts and the two set out on the run once again.As they try to unravel the mystery that confronts them, they discover how tenuous life can be and how their very existence depends on the God who will never abandon them. 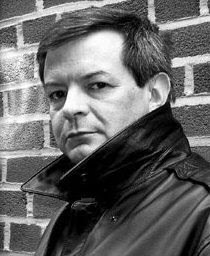 Brandt Dodson was born and raised in Indianapolis, where he graduated from Ben Davis High School and, later, Indiana Central University (now known as The University of Indianapolis). It was during a creative writing course in college that a professor said, "You're a good writer. With a little effort and work, you could be a very good writer." That comment, and the support offered by a good teacher, set Brandt on a course that would eventually lead to the Colton Parker Mystery Series.

A committed Christian, Brandt combined his love for the work of Writers like Chandler and Hammet, with his love for God's word. The result was Colton Parker.

"I wanted Colton to be an 'every man'. A decent guy who tries his best. He is flawed, and makes mistakes. But he learns from them and moves on. And, of course, he gets away with saying and doing things that the rest of us never could."

Brandt comes from a long line of police officers, spanning several generations, and was employed by the FBI before leaving to pursue his education. A former United States Naval Reserve officer, Brandt is a board Certified Podiatrist and past President of the Indiana Podiatric Medical Association. He is a recipient of the association's highest honor, "The Theodore H. Clark Award".

He currently resides in southwestern Indiana with his wife and two sons and is at work on his next novel.
Posted by Susan Stitch at 2:15 PM