A Talent For Trouble

A Talent for Trouble
by
Jen Turano


MY THOUGHTS:
Wow...just wow! Jen Turano has quickly become one of my top five favorite authors! This is her third book, and I love it just as much as I enjoyed the first two! I have dubbed her the "Hysterical Historical" writer. I know that her books will include realistic details about the time period, and hilarious antics from strong characters. Plus there is a dash of downright amazing romantic relationship building -- especially where the characters don't think they are 'made' for one another.

There are wonderful characters who were in the first two books that show up again, and it is like seeing old friends! The books could definitely stand alone, but they are so fabulous you will want to read all three -- A Change of Fortune, A Most Peculiar Circumstance, and this latest one.

One of my favorite 'characters' is Thor...but you'll just have to read the book to figure out who he is!

If you like intrigue, meddling mothers, well meaning but interfering friends, cross dressers, naughty children, and the occasional run in with the police, this book is for you! 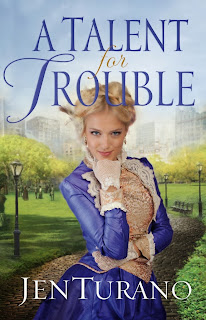 For years, Miss Felicia Murdock’s every thought and action have been in pursuit of becoming a minister’s wife. When the minister she’d set her sights on has other ideas, she decides something in her life needs to change–and soon–before she wastes any more time pretending to be someone she’s not. If that means spreading her wings and embracing a more lively way of life, who’s to say nay?
Grayson Sumner, Lord Sefton, has had more than enough of spreading his wings and only hopes to settle into the life of a respectable New York gentleman. Prompted by some friends to lift the spirits of the disappointed-in-love Miss Murdock, he is surprised to encounter an adventurous young lady with an unfortunate knack for stumbling into troublesome situations.
Just as Grayson decides he’s had quite enough of her antics, his past comes back to haunt him and his presence in Felicia’s life endangers her. As they work together to extricate themselves from this latest complication, will Grayson and Felicia decide they want to spend the rest of their lives keeping one another out of trouble? 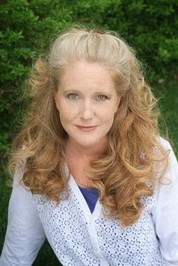 Jen grew up in the small town of St. Clairsville, Ohio, where she spent an idyllic childhood riding her purple spider bike, ice-skating on a little pond and reading Nancy Drew and Trixie Beldon books in her tree house. High School was, surprisingly enough, fabulous as Jen spent time with her girlfriends. She headed off to college with no idea of what she wanted to be when she grew up, but settled on pursuing a career in fashion because she thought it sounded glamorous. Her parents thought she’d lost her mind, but they resigned themselves to her choice and after earning a BA degree in Clothing and Textiles, Jen set off to take the fashion world by storm, only to discover retail was certainly not the glamorous career she’d imagined it would be. She moved to Buffalo, New York to take a job in the buying office of a large department store, learning all there was to know about cookware, which again, was hardly glamorous, especially to a girl who did not have a knack for cooking. She met her future husband, Al, a few months after taking this job and eight months later, they were married. After moving into management at another department store and working that for a few years, the company went out of business and Jen decided she’d had enough. One year later her son was born and Jen hung up her heels for good and concentrated on being a mom.
She began dabbling in writing when her son, then in elementary school, said he liked her made up stories as much as those in his books. It was then that she  fired up the computer and never looked back.
Jen loves to write humorous stories with quirky characters and a dash of intrigue and finds historical romances especially appealing, seeing as how she’s been reading them since she was a teenager. Her mother gave her a copy of Kathleen Woodiwiss, The Flame and the Flower, and Jen was hooked on the genre. When not reading romance, she loves to read mysteries, young adult and her favorite series of all time, Harry Potter.
Besides writing, Jen enjoys spending time with her family and friends.