Kathy Herman has crafted a very intricate crime that takes highly intelligent criminals to pull off in a way that makes the police department look foolish. The twists and turns in the story are brilliant. She goes beyond policework, however to include a tragic human story that goes on behind the scenes and becomes the main story -- a family falling apart at the seams while the world believes all is fine.

Once the story begins it is hard to put the book down. The crimes move quickly and there isn't much time for the police to pull together the clues. The busyness of the main character, Brill, allows her to avoid her family problems while she focuses on the crisis at hand in her new job.

I enjoyed the dynamics of the townspeople when they disagreed about ancient legends, the transition of Brill frombeing a member of a big city police force to the chief a smaller town's force, and the interactions of the family members in crisis. Some of the behaviors seemed a bit too persistent, but not obnoxiously so.

I thought the way the author brought the storylines to conclusion was masterful! I hope there is a sequel. 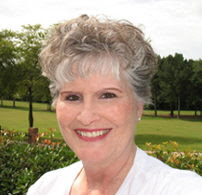 Suspense novelist Kathy Herman is very much at home in the Christian book industry, having worked five years on staff at the Christian Booksellers Association (CBA) in Colorado Springs, Colorado, and eleven years at Better Books Christian Center in Tyler, Texas, as product buyer/manager for the children’s department, and eventually as director of human resources.

She has conducted numerous educational seminars on children’s books at CBA Conventions in the U.S. and Canada, served a preliminary judge for the Gold Medallion Book Awards of the Evangelical Christian Publishers Association , and worked as an independent product/marketing consultant to the CBA market.

Since her first novel, Tested by Fire, debuted in 2001 as a CBA national bestseller, she's added thirteen more titles to her credit, including another bestseller, All Things Hidden.

Kathy's husband Paul is her best friend and most ardent supporter and manages the LifeWay Christian Store in Tyler, Texas. They have three grown children, five adorable grandkids, a cat named Samantha—and an ongoing fascination with hummingbirds. They also enjoy world travel, deep sea fishing, stargazing, and bird watching and sometimes incorporate all these hobbies into one big adventure. 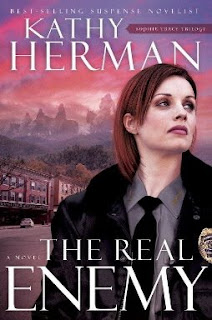 Brill Jessup just became the first female police chief in Sophie Trace, Tennessee, and is riding on the credentials of a stellar eighteen-year career on the Memphis police force. She may be a pro at finding clues, but she tends to ignore the obvious in her personal life. And she would rather work than deal with the bitterness she feels about her husband Kurt's infidelity. Kurt, is weighed down by her unrelenting anger as he struggles to let God redeem the stupidest mistake he ever made. He is genuinely contrite and making every effort to show his commitment to Brill. But she hides behind her badge and her bitterness, deciding that moving her family away from Memphis is the only change she needs to make. So why can't Brill get over this anger?

Before she ever has time to unpack her boxes, people start disappearing. Lots of them. Seven people in seven days To complicate matters, a local legend has many residents believing that the cause is unearthly─tied to the “red shadows,” or spirits of the departed Cherokee who once inhabited the land.

While Brill draws on all of her experience and instinct to solve the case, she must confront an enemy that threatens everything she holds dear─one that cannot be stopped with a badge and a gun. She is forced to confront the real enemy.

If you would like to read the first chapter of The Real Enemy, go HERE

Buy this book at amazon